The 7 Principles of User Acquisition for Fintech Companies

The 7 principles to acquire customers faster and cheaper, to understand how to build the first truly global bank. 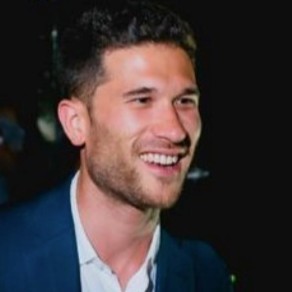 The 7 principles to acquire customers faster and cheaper, to understand how to build the first truly global bank.

I’ve always admired the brightest students at business school who went into finance — those able to build careers in these highly competitive environments. While my path has been different, building start-ups led me to work alongside hard-working fintech professionals. Today I help them reach their vision.

What is the dominant design for a modern fintech company? According to Peter Thiel, every start-up tries to avoid competition by creating a monopoly software business. We see this phenomenon happening all around in tech. There is one dominant player for search, social, streaming, shopping, and so on — does that mean we’ll also experience the first truly global bank?

In this article, I’d like to share 7 principles to acquire customers faster and cheaper, to understand how to build the first truly global bank.

1. Be clear about your differentiators

“You have to be 10 times better than second best.” — Peter Thiel.

Over the past 5 years, FinTech start-ups received USD 125bn+ venture capital over 8,000+ rounds [1] — with the trend going mostly upwards. Challenger banks, which are changing the way customers interact with their finances, received over 10% of those funds in 2019.

Deloitte’s “The DNA of Digital Challenger Banks” [2] analyzes over 100 digital challenger banks globally and portrays an industry that is booming. They are behind a tectonic shift in financial services. They have 5–10 times better unit economics for customer service, enabling them to enter new market segments beyond the reach of traditional players.

As Venture Capital behemoth a16z’s now-infamous line goes: ‘every company will be a Fintech company’ [3]: “Start-ups will be able to launch companies faster and more cheaply. Existing financial service institutions will be able to introduce new products quickly — and spend less on IT maintenance. And most importantly, this means more choices, better products, and lower prices for consumers.”

In reality, not every person will use multiple banks. Therefore it’s more likely that there’s going to be one dominant design [4]. This dominant design will be rolled out in different flavors across geo and customer segments. The dominant challenger bank will have its differentiators articulated, crystal clear.

See below the pricing and revenue model for 10 Fintech companies. What is the dominant design around pricing, and how does the dominant fintech position itself?

2. Communicate as an internet company

“Who rules the memes rules the universe” — Elon Musk

A meme is a way of sharing cultural information. An element of culture or behavior passed from one individual to another, mostly by imitation. One idea is transformed into many variations by users of the internet. It’s no secret memes have become a huge part of our digital lives, and brands increasingly see the power of harnessing them for advertising. Memes can snatch attention in the infinite scroll.

In many ways, this strategy follows in the footsteps of big-name meme accounts like @fuckjerry, who’ve risen to great success by posting jokes that reference extremely specific scenarios or feelings that are identifiable to large disparate groups of people. Now, memes are one of the new frontiers of digital advertising — allowing start-ups to creatively reimagine ads in an endlessly engaging format, essentially disguised as user-generated content.

This way, you can hack attention; memes allow you to get around ‘banner blindness’ — the way our eyes are trained to filter and ignore traditional online advertising. And it’s important to get creative in reaching Gen Z, who are notably ad adverse, especially when it comes to interruptive online and mobile formats. People don’t like ads; make your ad look like it’s not an ad.

Transferwise used the marketing strategy of “finding a common enemy.” In their case, bank bashing to rally consumers and get people behind their brand. Eventually, Transferwise got fined by the UK watchdog, but in the meantime, it became one of the 3 highest valued Fintech companies.

The lesson? Align your product and ethos with a movement. Like Etsy: in the early days, Etsy appealed to the feminist crafts movement. They rode the anti-consumerist ethos wave and had a lot of good PR as a result [1]. Can Fintech companies today take a similar path?

Fintech companies can even test a minimum viable segment (MVS) through alignment with a movement/subculture. You can engage with, learn from and adapt (your product and ethos) to the subculture. By doing so, you can ride the wave of a movement and gain more attention to your company.

4. Candor is your secret weapon

“Candor isn’t cruel. It does not destroy. On the contrary, any successful feedback system is built on empathy, on the idea that we are all in this together, that we understand your pain because we’ve experienced it ourselves.” — Edwin Catmul

What do people like to do on social media? Three of its core functions are bragging, complaining, and rubbernecking. So, where do social and finance intersect? They’re essentially coalescing around those three use cases. At the end of the day, across social and finance, a lot of it is just content. It’s content that’s anchored around some financial transaction, but it’s still just content, so the usual rules of social apply.

The social version of most products is the best version of most products. Engagement is higher, retention is higher, customer acquisition costs go down. All these things that most consumer fintech companies struggle with are solved by building the social product. To the extent that you can get something that threads that needle between social and fintech, it’s amazing, it’s magical, it’s incredible when it actually happens. It’s really hard to do, but when it does happen, it’s phenomenal.

For one of Paintgun’s Fintech clients, our ads could joke about the concept of “being broke”, as users engaged with self-deprecating messaging around spending. With a separate Fintech client, this wasn’t the case — given their users, though in similar low-income groups, other backgrounds, and had a different relationship to money. So while our attitudes towards discussing money online are shifting, we still need to remain sensitive to audiences — this is where a deep understanding of the memetics of user groups has been so valuable to us.

5. Help people get more money and better a service

Fintech apps have a habit of shouting ‘free money’ to get people to download their app. And yes, it works. This might be common knowledge, but the insight it offers is not. Like Paul Graham from YCombinator would say, make something people want. As a bank, help people get more money. Even better, as Amira Yahyaoui, CEO of Mos, says: “The bank of the future will be a bank that is able to transform $1,000 dollars into $5,000 dollars, because a 1.2% gain is not interesting for this generation.”

People don’t have time to sift through all the different apps and propositions. Offering them an immediate cash benefit, like $100, can get them to take immediate action and download your app.

Another great example is Current. When the US government announced the stimulus check, few companies jumped so fast on it as Current. Current was one of the first banks to credit the government stimulus checks by making the funds available to its customers immediately instead of waiting for them to settle.

This agile approach of weaving a government mandate into your company’s marketing strategy with ads leads to positive ROI. An immediate observation is that you can see the CPA’s drop when your ad addresses a relevant, timely topic concerning people’s finances.

When it comes to tactical execution on paid social media, there are some relevant action points for mobile apps in general and Fintech companies in particular:

7. Ads Incubator: from quantity to quality

Because it is so hard to know with certainty which creative will give outlier results, your best bet is to test a lot and systemically. Then from all the ads you run, you’ll find an outlier. In March 2019, we had just signed our biggest client to date, managing 5x the ad spend that we had managed before. We were working day and night to make it work. We already knew back then that creative strategy was a big part of winning the game to reach outlier performance, so we tried to convince the CEO of this Fintech to buy our creative services.

We bombarded their offices, rapidly set up creative sessions, and swiftly produced new ad videos. We focused on video at the time and burned our creative budget after 1 week. The CEO asked for more creative, and we didn’t have it. After that, we agreed on producing and launching 20 creative ads per week on Facebook. That 20 would be our fixed number. Paintgun’s Ads Incubator was born. What came after shocked us, it was something none of us had seen before. We created so much growth with the same amount of money, making, as the CEO told us, “records on records”, with a user chart spiking like a hockey stick. Paintgun had, as Eric Schmidt would say, systemized innovation.

In the past years, we’ve accelerated this process of continued creative asset delivery by creating an automated system. Fintechs use our product to seamlessly sign-off on assets on a weekly basis. In this way, their performance teams can keep a consistently high pace in performance testing, with an abundance of a creative refresh to maintain a consistent CPA / CAC.

To conclude, to acquire customers faster and cheaper & to understand how to build the first truly global bank: crystallize your differentiators, use memes, remix winning ideas, communicate with candor, make an app that provides an excellent service and helps people get more money, be tactical on paid social and finally “go from quantity to quality”, so you systemize success to innovation.

[3] Andreessen Horowitz — Every Company Will Be a Fintech Company (2019)